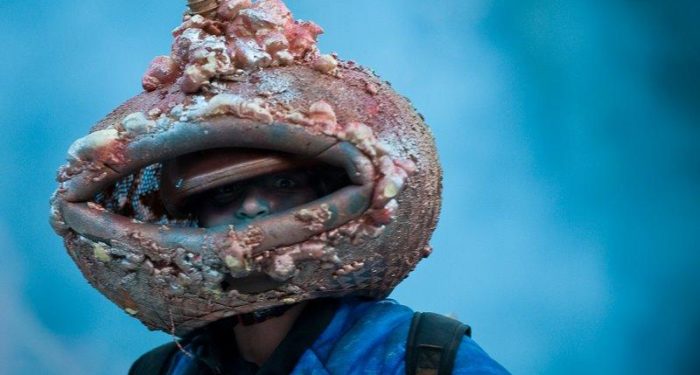 A strange mechanical caterpillar Explorer seabed … for a large urban and abyssal walking.

Orchestrated mix of expensive items at the Luxor Cie Show: burlesque acrobatics, clever crafts and gigantic, live electronic music, fireworks, lights … for a mesmerizing range of moods around the underwater world and the imagination, somewhere between Jules Verne and Moebius.

A crew of eight characters from the ocean depths handling machinery generously sized and hand explore the most unexpected aquatic environments. Visual poetry and performance combine string players around this mechanical theater across town.

Lyon Capitale interview with Vincent Loubert – “From the front of the hall, the audience discovered the impressive metal structure operated by the company Luxor theater is set in motion in a deluge of fire and light a water music,. captain and his seconds in command, some creatures straight out of a novel by Jules alders have followed suit this funny creature, followed by all the people excited about the show. “Mourenx November 16, 2007 – “Special Mention for Odyssey Entertainment Luxor mechanical and mechanical caterpillar to a circus decidedly futuristic.” Montbéliard December 31, 2007 “Further or perhaps later replaced poetry laughter: the universe of Luxor, it was a giant metal track, accompanied by sound effects aquatic acrobats divers are attached to the rings. animal and evolved in his heart as the center of a big jar. That’s 20,000 leagues Under the Sea in Montbeliard. “Montbéliard December 31, 2007 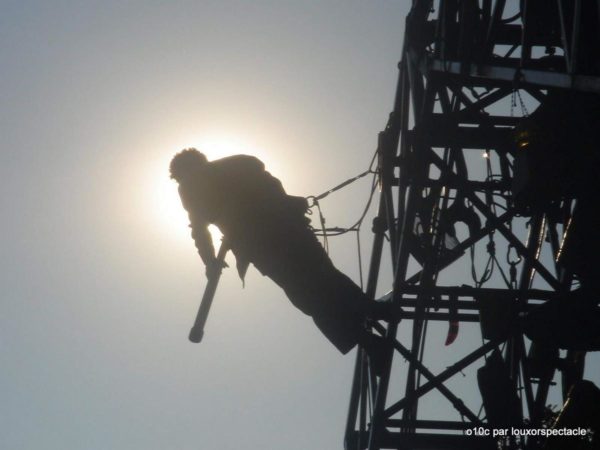 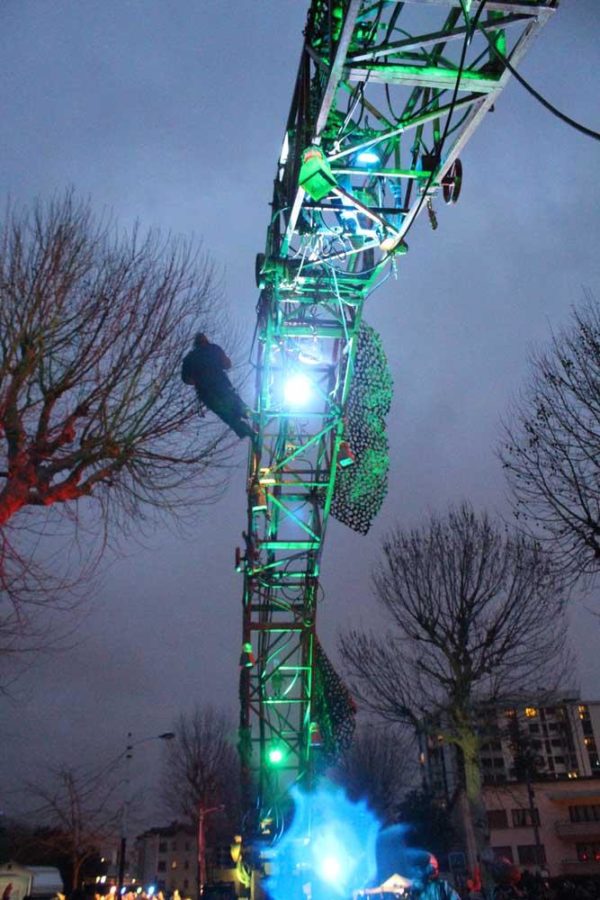 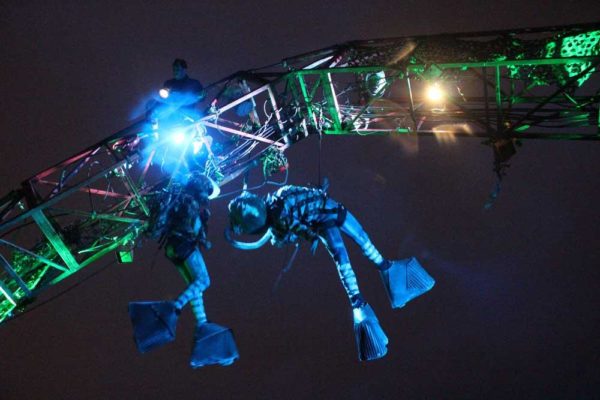 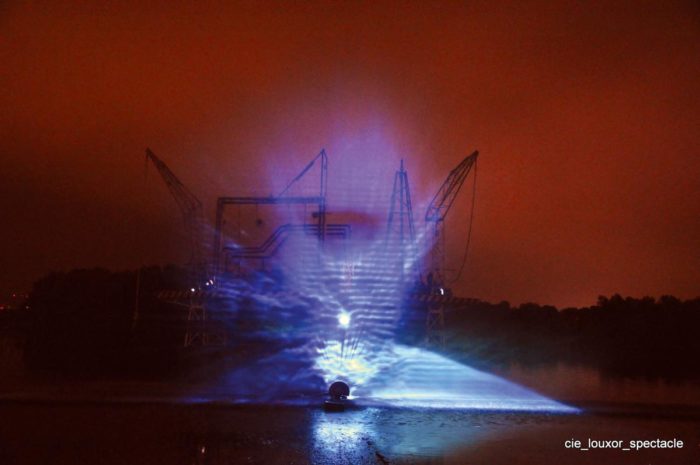 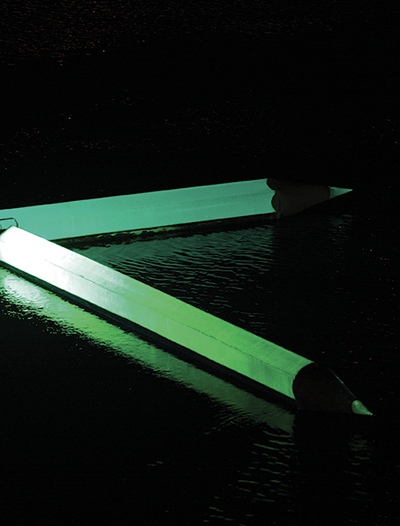